Archangel has a new aide named Amanda. But he gets fired from the F.I.R.M. A new actor plays Zeus and we also get to meet some other members of the F.I.R.M. committee.

The F.I.R.M. has secretly developed a new advanced helicopter, codenamed "Redwolf", with the help of an egotistical pilot and rival of Hawke, Harlan 'Tex' Jenkins. Having no further need for Airwolf, Zeus fires Archangel, accusing him of disloyalty to the F.I.R.M. because he has been so protective of Hawke. But Jenkins soon steals the Redwolf to sell to a group of South American revolutionaries. The rebels want him to turn the aircraft over immediately, but Jenkins first wants to settle a personal score with Hawke.[1]

"Over the Mountains
Of the Moon,
Down the Valley of the Shadow,
Ride, boldly ride,"
The shade replied,—
"If you seek for Eldorado!" 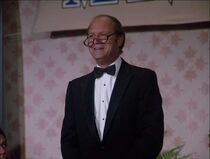 This is Dave Morick, billed simply as "speaker" at a presentation dinner for Hawke's friend, Roy Starkey at the beginning of the episode. 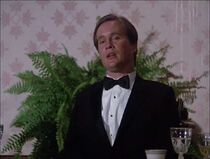 James Troesh as Roy Starkey, who appears at the beginning of the episode to receive the award of "Man of the Year" from the Chamber of Commerce. 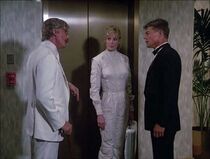 Kandace Kuehl as Amanda (center), next in line among Archangel's aides. 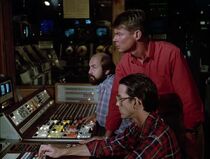 The man in the red checked shirt is probably David Mcbride as "Cortuvo". Compare the picture with his other appearance as ATC Representative in Flight 093 is Missing (episode) 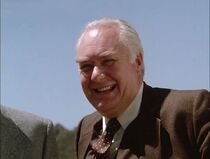 Warren Munson as Secretary Dunlap. He is probably Secretary of Defence as Zeus demonstrates Redwolf to him. 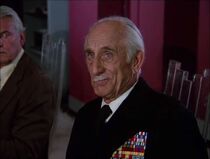 Robert F. Simon as "the Admiral". A friend of Hawke and Archangel on the F.I.R.M. committee. He wants Hawke to address him by name but he never did so we don't know his name! 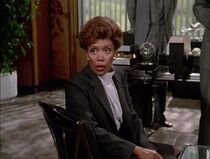 Lillian Lehman as Bingham, another member of the F.I.R.M. committee. 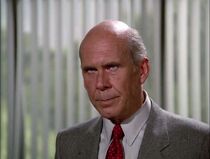 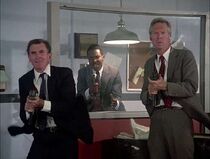 The man in the middle, calling Jenkins to stop, is Rodney Saulsberry, billed as "security guard". The other F.I.R.M. security men with the MAC-10s are not credited. 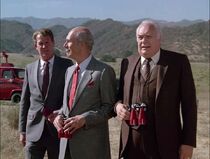 There's supposed to be a Trent Dolan playing a "supervisor". This could be him, supervising the demo of Airwolf II for Zeus and the Secretary of Defense. 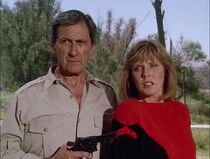 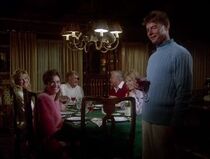 A very early appearance of Chelsea Field billed simply as "brunette" in the pink dress. She doesn't get any lines except to join in a toast to the Admiral proposed by Hawke. Don't really know what her role at the table is.