And a Child Shall Lead (episode)

And a Child Shall Lead

Archangel has yet another new aide named Denise (but still played by Kandace Kuehl!). And there is a "BX 16" helicopter gunship to challenge Airwolf, reminiscent of the HX-1 helicopter.

A group of terrorists capture a brilliant aircraft designer Robert Phelps, hoping to get from him the details of his design for a revolutionary high performance wing. However Phelps suffers a heart attack. Unable to get the blueprints from Phelps, the gang next kidnaps his autistic son Bobby who has the extraordinary ability to draw anything he sees from memory in great detail. Bobby escapes and his accurate drawing of the house he was kept in helps Hawke and Dominic to rescue his father. [1]

There's supposed to be Thell Reed playing a "Machine man". What machine man? 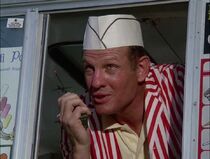 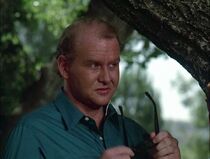 David Dunard as Collins, one of Maxwell's operatives. 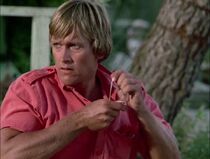 Bobb Hopkins as Rogers, another of Maxwell's operatives. He's assigned later to be Bobby Phelps' minder 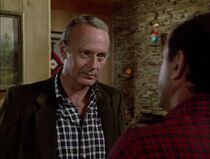 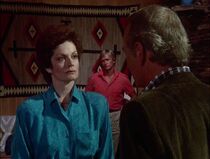 Corinne Michaels as Dr. Stuart being confronted by Maxwell. 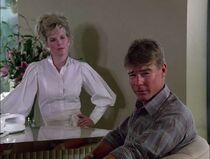 Kandace Kuehl in her second sortie as an Archangel aide. This time she is named Denise. She has a lot of foreground and background shots but only one line. 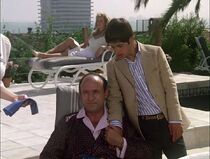 Robert Phelps and his son Bobby. Denise is in the background. 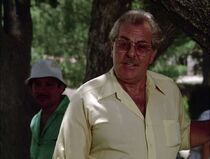 There's Louis Zito billed as "Man in the crowd". This could be him. He was talking to Robert Phelps about Bobby's talent. 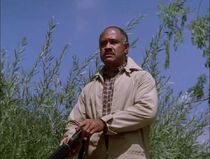 An uncredited actor plays Jenkins, a Maxwell operative who pursues Bobby after he escapes.