Day of Jeopardy was the 48th episode of Airwolf and the 14th episode of Season 3. It first aired on 1/25/1986. There is plenty of air and ground action here for Hawke, Dominic and Archangel. Caitlin, however, does not appear.

Hawke and Dominic are assigned to transport Tess Dixon, an important witness, to a secret Senate committee hearing. Powerful forces are working to ensure that they do not succeed, including a traitor in the FIRM. [1]

Lots of actors with speaking parts have not been credited. 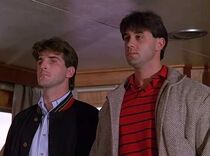 These guards assigned to wath Tess Dixon are not credited. The one with the black jacket is addressed as "Jim". The name of the other is not known. 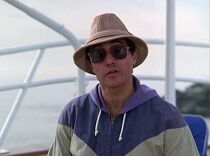 Joseph Della Sorte picks up a credit for just one line as the Skeet thrower. But then he has appeared before in Prisoner of Yesterday. 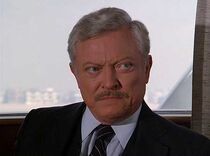 There are two businessmen on board Cullen's yacht. This one speaks first so he is probably William Mims as Businessman 1. 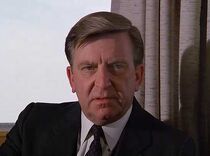 In which case this is William Wintersole as Businessman 2. 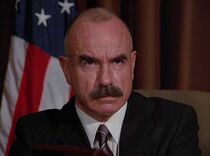 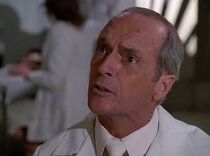 No one is addressed as Peters in the dialogue. This FIRM ground control officer has a lot of lines. Could he be Peters? 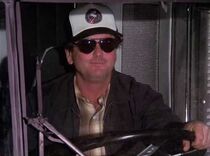 This truck driver has plenty of lines and scripted actions but appears to be uncredited, or is he Peters? 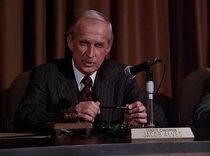 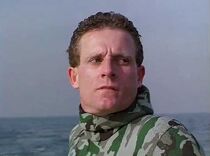 There were two FIRM boatmen who brought Tess ashore after her escape. Here is one of them. Both are not credited. 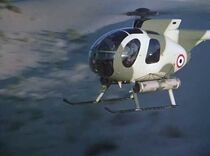 One of Kase's gunships. Libyan Air Force markings? This is footage from Shadow of the Hawke. 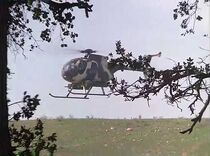 This one, later in the episode has no markings.