HX-1, a revolutionary helicopter which could rival Airwolf, is stolen by mercenaries in a daring raid. Hawke is convinced the M.O. used in the attack is that of his brother Saint John and it proves that he is still alive. Archangel wants HX-1 found and so does Hawke, but for different reasons. 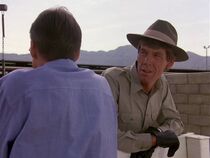 Michael Halsey as Dunkirk, a mercenary leader and arms dealer. 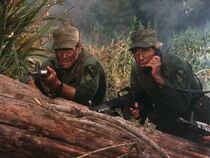 St. John Hawke (Chris Connelly) on the right with radio. Mace Taggert (Sam Melville) is on the left. This is a scene from Hawke's flashback to the Vietnam War. 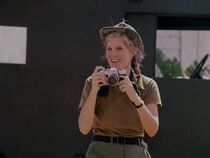 P. J. Soles as Ellie. She was St. John Hawke's girl in Vietnam. She is seen here during a flashback. 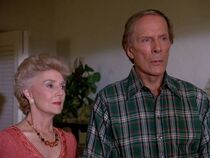 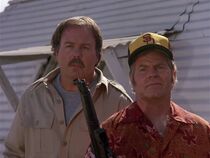 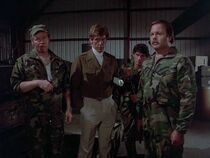 Another view of Dunkirk with his men. Decker (Jack Verbois) is at the back between Dunkirk and Handley. 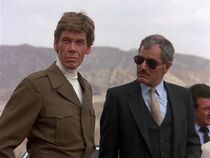 Armand (right, René Assa) seen here with Dunkirk. Armand is an important customer of Dunkirk's, and a potential buyer of HX-1. 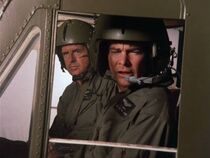 Peter J. Mckernan as a copilot (left) seen here with Hawke. He warns Hawke that his aircraft is fully loaded and they have to leave St. John and Mace behind. 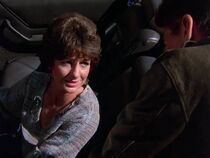 Rachel Brady as Angela. She picks up Hawke after he was abandoned in the desert. 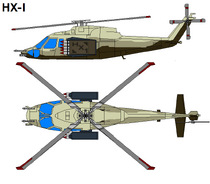