Back to page
View source

Chief of Security at the Maxtech Corporation, Ken Sawyer, plots with his girlfriend Tracey Cooper to steal nuclear detonators from his own company. But they need Airwolf to complete the heist and transport the stolen goods safely away. Sawyer schemes to get hold of Airwolf by romancing Caitlin. [1] 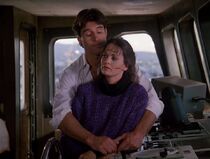 Stephen Parr as Ken Sawyer and Devon Ericson reappears as Tracy Cooper. Conspirators in the plot to steal nuclear detonators. 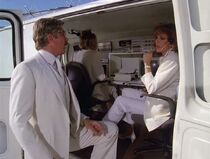 Archangel has a new aide Lydia, played by Sandra Kronemeyer. She gets lots of lines and action and appears for another 2 episodes. The woman in the background does not have a speaking part. 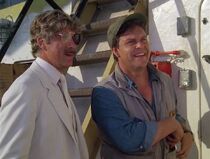 Thom McFadden as "Babe", the F.I.R.M's bomb disposal expert. One of the few who gets away calling Archangel "Mikey". 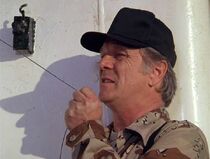 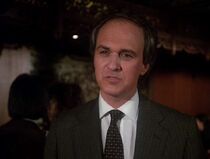 This is probably Murray MacLeod, billed as "Man". He tries to cut in to dance with Caitlin but Sawyer tells him to push off. 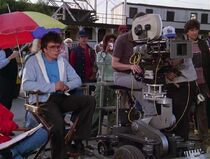 Dee Pollock as the director on a film set where Caitlin does some film stunts. 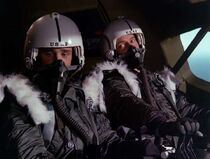 These tanker pilots look familiar? Well they should. This is reused film footage from Proof Through the Night (episode).