A young man, Kevin Hansen, takes a job at Santini Air but he had more in mind than just sweeping the floor. He wants to hunt down the the drug smugglers who killed his uncle whom he loved.[1]

This episode is dedicated to stuntman Reid Rondell [7] who died in a helicopter crash during the filming. 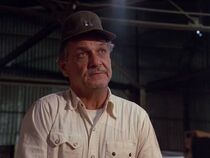 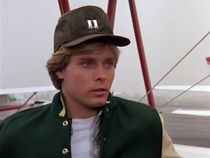 Lance Sloane as Kevin Hansen, whom his uncle says is a natural born pilot. He is wearing his uncle's cap. 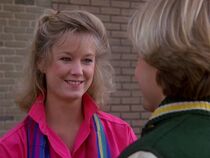 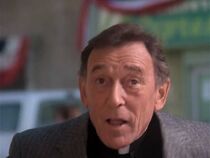 Sandy Kenyon as Reverend Clements. He thinks Kevin is irresponsible and reckless. Seen here ducking when Kevin buzzes the fair in his chopper. 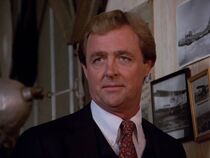 Seth Foster as Jake O'donnel. He wants Chester to fly drugs for him. As the next picture shows, they are possibly old buddies. 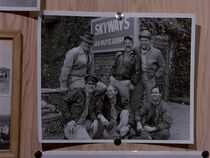 This picture is in Chester's hands when he dies. He's at the back by the sign. Jake O'donnel is to his left. It isn't used much as a clue but it does direct Kevin to Van Nuys where he meets the Santini Air crew. 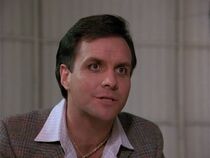 Lee Ryan as Bert Allyn. He's a film director who wants a Stearman and three choppers to do a commercial for a bathroom detergent. 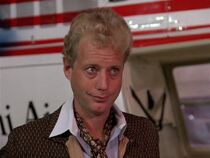 Casey King as Wiley Beecham, product spokesman for a brand of bathroom detergent. Has to jump from a chopper as part of a commercial. 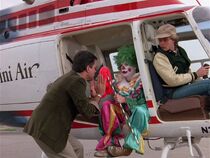 Wiley now dressed as a clown for the commercial. No sign of his parachute though. 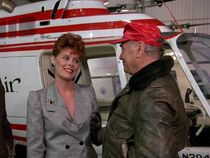 Kathryn Stanleigh as Marcia. Her role in the bathroom detergent commercial team is not stated but she thinks Bert is too good a director for commercials. 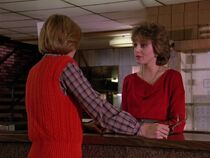 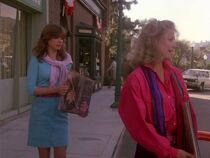 Robby Dillon as the girlfriend of Winter. She's the one in the blue dress and has a line or two. Can someone identify the album she is holding? 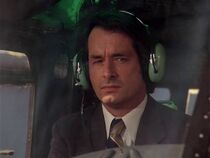 Steve Chambers as Shecter, one of Jake's hitmen. He is flying the Bell 205 with Caitlin and Kevin tied up in the back. 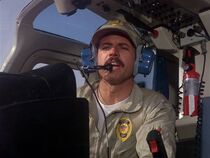 Kevin N. La Rosa as the police pilot who lands at the scene of Chester's murder. 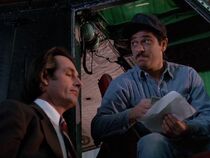 The man in the blue overalls is tentatively identified as John Medici, playing a character named Gibson. 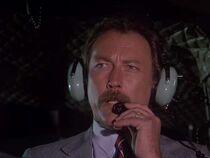 Another of O'Donnel's pilots. The subtitles of one DVD set identifies him as Fields. But the actor does not seem to be credited. He has quite a lot of lines. 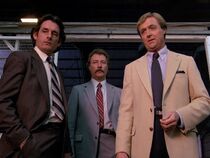 The man in the dark suit to the left ha s a line or two but is also not credited. Fields is in the middle.