Out of the Sky (episode)

Out of the Sky

Hawke and Dominic are engaged to do a promotional stunt for a country music concert for Roxanna Marvel who tells Hawke she really wants to retire. Her agent and ex-husband however disagrees as he needs her money and will stop at nothing to get his way.... [1] 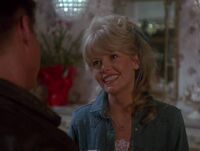 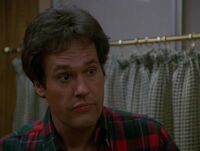 Mayf Nutter as Roxy's manager and ex-husband Nick De Soto. He needs to keep Roxy's career going to get his 20%. 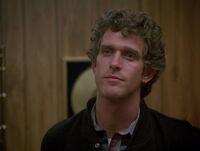 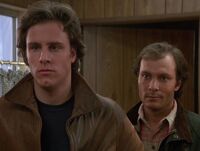 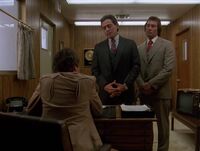 Two enforcers here to collect Nick's gambling debts. The one in the dark suit is played by Victor Mohica. The other does not have any lines and is not credited. 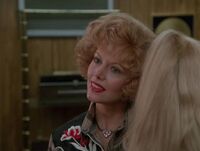 A body double which Rusty employs to replace Roxy. She is addressed as "Sally" and is holding up a wig here. This character is probably played by Misty Rowe also. 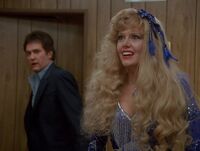 Here Sally has been fixed up to look like Roxy. Nick is in the background. The real Roxy is about to bump into her by accident. 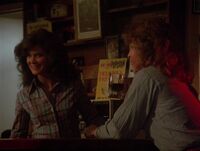 This waitress works at the restaurant where Hawke and Roxy have a meal. This is about the best shot of her. She does not have any lines and is played by Kelly Brock. 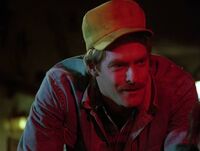 Casey Sander is credited as "Trucker 1", seen here trying to hassle Roxy at the restaurant. 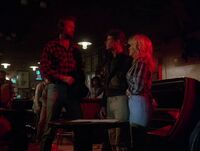 Trucker 2 (Walt Hunter) is only seen at a distance. Here he is apologizing to Hawke and Roxy for trucker 1's behavior. 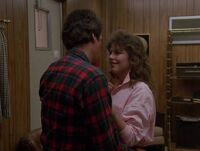 This girl with Nick De Soto is not credited. She doesn't have a speaking part. 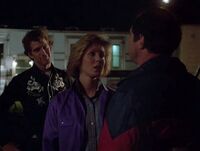 This thug with his back to camera detains Caitlin for a while. He gets knocked out by Caitlin later. Surely that deserves a credit? But no.