This is one of the few episodes where the full Airwolf team appear. String, Dominic, Caitlin, Archangel and Marella all play significant roles in the plot.

Caitlin accompanies four students on a trip to explore Maya temples with archaeologist Ozzie Hathaway. But their guide Comargo betrays them and delivers them into the hands of bandits led by Colonel Alzar. Archangel suspects things are slightly more complicated. Alzar is probably acting so boldly because he has the backing of a "big brother" somewhere. Archangel instructs String and Dominic to launch a rescue mission with Airwolf, not that they need any encouragement[1] 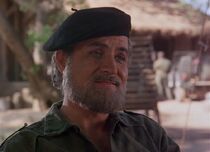 John Aniston as Colonel Arturo Alzar. He has ambitions beyond being simply a bandit. 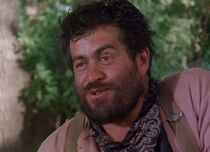 Jorge Cervera, Jr. as Chema Comargo. He knows Alzar from times past and betrays Caitlin's group to the colonel. 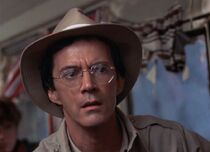 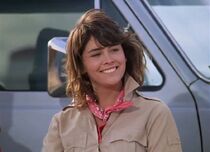 Jill Whitlow as Kay Freestone, For her going to a place without hot water was already an adventure. 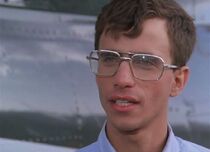 Edward Mehler as Jonathan. The brainy one, and somewhat impractical but he devises a brilliant plan to capture transport after their escape. 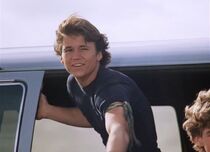 Robert Chestnut as Cookie. He's the tough one, but has his private fears too. 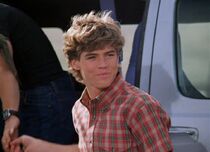 Phillip Paley as Ernie. He barfs but later becomes a "positive lion". 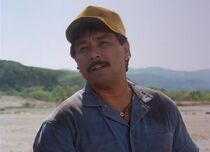 Ricardo Lopez as Miguel. A brilliant "mecanico". He forges parts for an old bus but later helps to fix Airwolf too, 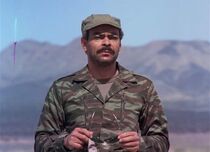 Ismael Carlo billed simply as "sergeant". He seems to be the colonel's deputy and is the only other bandit with a significant speaking part.