The Truth About Holly (episode)

The Truth About Holly

This episode is notable for being the one where Caitlin joins the Airwolf team permanently, although she doesn't get to know that it exists nor ride in it yet.

Also appearing for the first of several episodes is police Lieutenant Grodin. Everett, Santini's mechanic, who first appeared in Firestorm (episode) also puts in an appearance.

String and Dom rescue Dom's niece from her abusive boyfriend and return her to the U.S.

Unfortunately, the boyfriend hasn't given up on her yet and sends his goons in search of her. Caitlin O'Shaughnessy (Jean Bruce Scott) re-enters the picture, asking Dom for a job at his hangar. Meanwhile, while trying to assimilate to life in the U.S., Holly (Barbara Howard) begins hanging out on a movie set with String and Dom. Not all is quite as it appears when a serious of incidents lead String and Dom to confront Holly's ex-boyfriend and they make a disturbing discovery that could lead to Caitlin's death. [1] 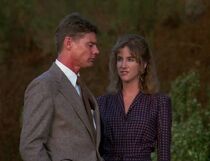 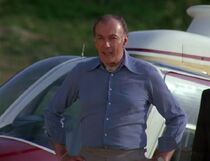 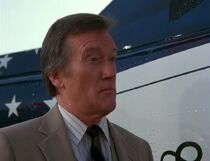 Luke Askew as one of Aaron's hitmen. In one early scene in Aarons' house in Mexico, he is addressed as "Tony". 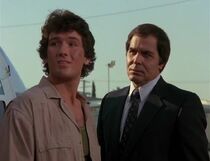 Cliff Carnell (in the dark suit),billed as "Hernando", another of Aaron's hitmen. He is seen here with Everett. 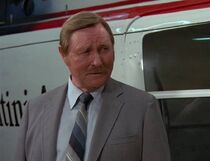 Wayne Heffley in the first of two appearances as Lieutenant Grodin. 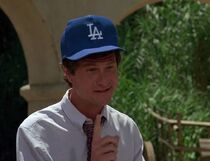 David Ruprecht as the film director. Hawke calls him "Mr Carlson". Here he is emphasising that the scene needs to be done in one take. 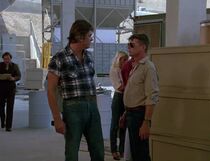 Ron McPherson as a worker in one of Ed Aarons' companies. 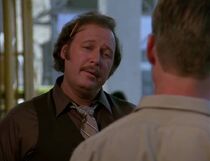 Patrick Wright credited as "Mancini". He tells Hawke he is an "associate" of Ed Aarons. 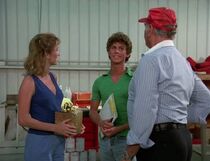 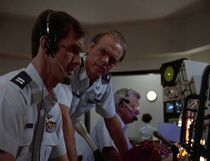 These two USAF officers are listed as Agents #1 and #2 although they are radar or air defence controllers. Nearer the camera is Robert Balderson (Agent #1). Beyond him is Charles Howerton (Agent #2). 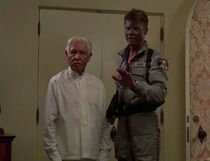 This house servant next to Hawke has a large speaking part at the beginning (in Spanish). Could he be Henry Carr playing "Gabriel"?