To Snare A Wolf (episode)

To Snare A Wolf 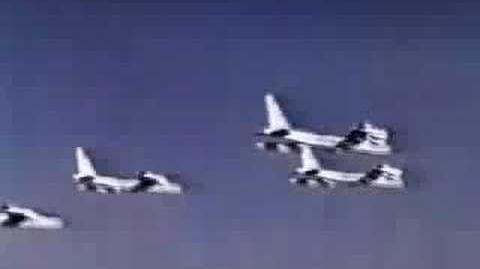 D.G. Bogard, a ruthless agent for a rival organisation to the FIRM plans a high intensity satellite survey which he is sure will unearth Airwolf’s hiding place. Hawke has to find a new hiding place for Airwolf. Bogard is determined to find the super copter at any cost. He threatens to blow him and Airwolf up if Hawke does not surrender the chopper. But Hawke is not ready to give up Airwolf--not without a fight.

Meanwhile Dominic responds to a mayday call and picks up Antonia "Tony" Donatelli, a lady pilot whose small plane had made a forced landing. He really does not want to be held up by her, and he is suspicious of her being out there in such an isolated area but he agrees to give her a lift. Hawke is also suspicious of her but then he has the idea that she might help him evade Bogard.[1]